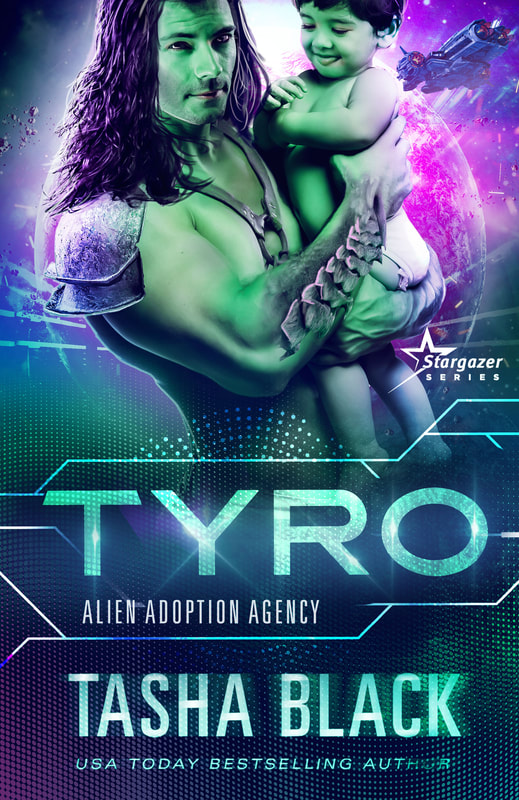 Phoebe has nothing but her secrets.
​Her alien protector is determined to lay them bare.

Phoebe arrives on the moon of Clotho with a trunk full of secrets and an imagination filled with preconceived notions about life on the frontier. She’s more than ready to scrap and fight for her own piece of farmland, and a future for the little one she is adopting. When her new land turns out to be underwater, and the baby shows up in the strapping arms of an Invicta dragon-guard, Phoebe doubles down on her promise to herself to live free, or die trying.

Tyro never asked to be made guardian to a baby. But little Atlas has his heart, and he is shocked to find that the baby’s adopted mother has his soul. His inner dragon roars triumphant, but his human side must fight to win her over. If only the headstrong little Terran would slow down long enough to let him claim her before mad desire pushes his restraint to the limit.

When the farm is threatened, the two must work together to protect Atlas’s future. But then Phoebe’s past comes back to find her, and she has a decision to make that could derail even the best laid plans. Tyro is willing to bet the farm on their future together. Will Phoebe run, or will she decide to land herself an alien?