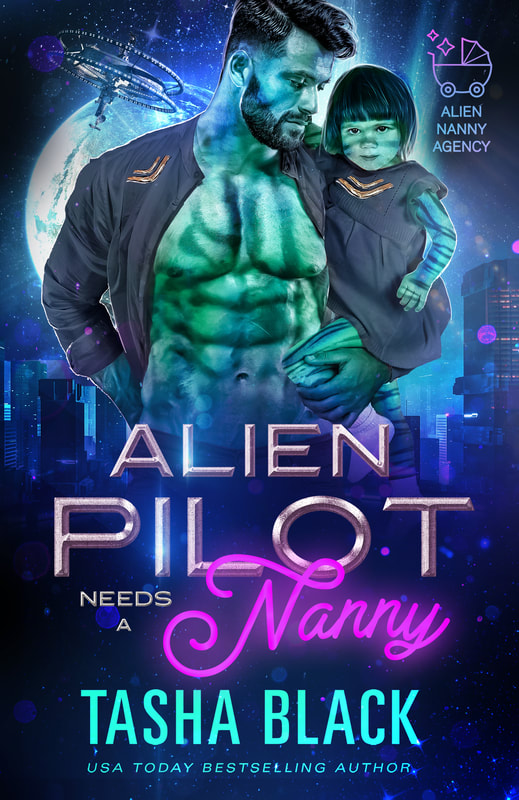 When inexperienced nanny April goes to work for a hotshot pilot, she’s in for some unexpected turbulence.

April left behind her dreams to become a professional dancer the day she learned her work contract was for a gentlemen’s club instead of a theatre. She’s waiting tables and trying desperately to avoid the stage when she gets an opportunity to take a job as a nanny on idyllic planet Ulfgard. The previous nanny storms out of the fancy penthouse screaming about the awful kids, but April can’t wait to roll up her sleeves and help. It’s their intimidating, achingly gorgeous father who has her stomach in knots.

Khall Rivvor is a war hero – a hotshot Jordraaki pilot who gained even more unwanted fame for his good looks. All he wants is a quiet home life. But the arrival of the new nanny has turned his world upside down. And while April works her magic with Bolynne’s hot temper and Minerva’s shyness, she’s weaving a spell over Khall’s heart, too. It’s all he can do to remind himself that she’s young and she’s depending on him for a roof over her head. He can’t give in to the need to touch her, even if it’s tearing him apart.

When danger from April’s past surfaces, Khall’s protective instincts go into hyperdrive. But it’s April who will have to face her fears and step up to protect the people she loves. Will Khall surrender to desire and open his heart to her in spite of everything? Or is this pilot destined to fly solo?