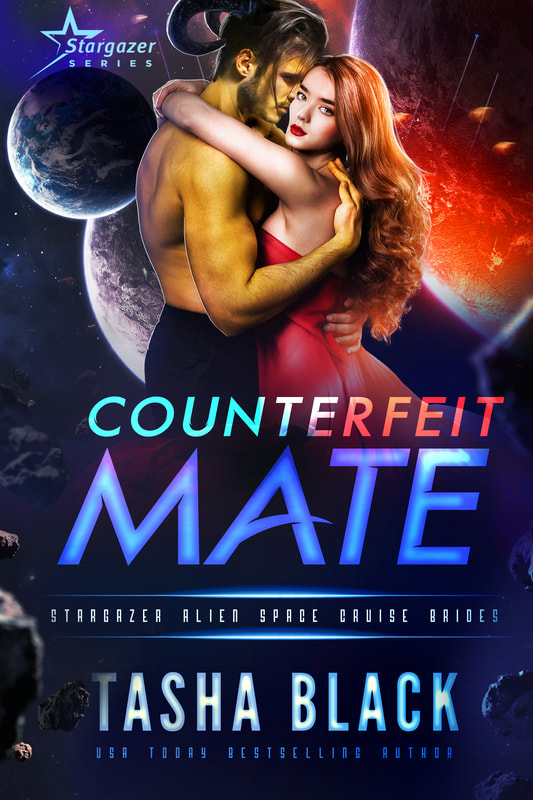 She pretends to be his princess, but she doesn’t need a crown to rule his heart.

Lilac of the Seventh House dedicated her life to healing people, until she was tasked with helping her sister prepare to marry an alien prince to secure peace for their planet. When a suspicious spacecraft accident separates them just before the wedding, her sister goes missing. Now it is up to Lilac to meet the prince and beg him to help her find Hyacinth. It should be simple enough. But when Lilac is presented to His Royal Highness, Rowan of Drath, the big alien’s masculine beauty leaves her speechless.

Rowan of Drath has spent a lifetime cultivating his reputation as a playboy. It’s the only way to convince the kingdom to let him marry a noble girl from an unacknowledged planet so his brilliant younger brother can take his place in the line of succession. But when he meets Lilac, he is tempted to do something actually scandalous for the first time. Though his intended bride’s sister is stunningly beautiful, it is her fierce determination to protect the one she loves that makes him feel like he’s coming home every time she is near. All his years of pretending haven’t been enough to prepare him for the real thing.

Convinced of foul play, and determined to deny their instant chemistry, the two concoct a plan to investigate Hyacinth’s disappearance. If Lilac pretends to be her missing sister, they’re sure they can flush out the responsible party and rescue the real promised princess before it’s too late. They just have to keep their wits about them, and their hands to themselves…

Can they find the princess without losing their hearts?

Check out the rest of the series!