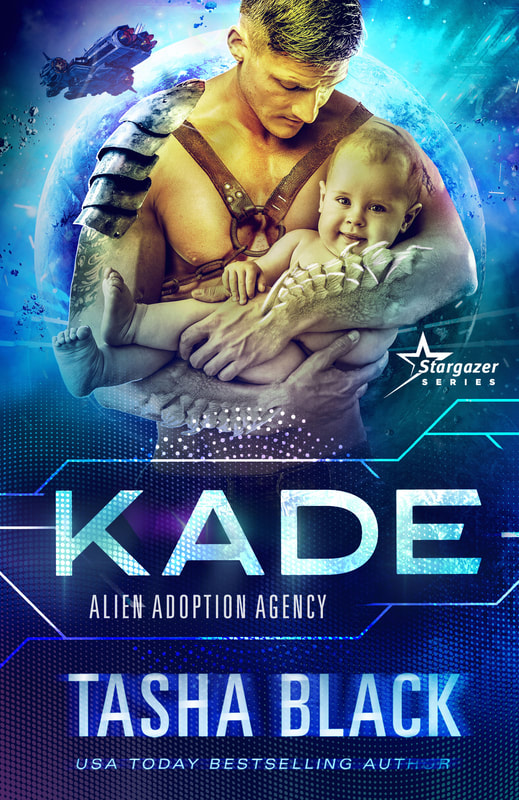 She’s the target of an intergalactic bounty hunt. But he’s going to capture her heart.

Aurora Day is running from a crime she didn’t commit – or at least, she didn’t mean to commit. But the intergalactic soldiers on the hunt for the woman known as the Fox don’t care about the details. Hiding out on the remote frontier moon of Clotho is her only hope for survival. But to gain access, she has to adopt an alien baby. Aurora is shocked when she learns that a dragon warrior of the Invicta is part of the package.

Kade knows two things about Aurora. The bright-eyed Terran is going to be the mother of the child he has pledged to guard and grown to love. And the mysterious woman is fated to be his mate. But Aurora has no interest in his love, and she doesn’t even seem to be that interested in adorable baby Lyra. She’s clearly hiding some secrets, and Kade is determined to unearth them before his dragon’s wild lust for her burns them both alive.

When Kade runs afoul of the local law enforcement, only Aurora can save him. The perfect life she’s dared to dream of is almost in her grasp, and now it’s all about to come crashing down around her. Will she stand her ground and fight for her new family? Or will the Fox keep running for freedom?


If you like strong women, sexy aliens, wild adventures, steamy sensual scenes, and happily-ever-afters, then you’ll love the world of Stargazer!