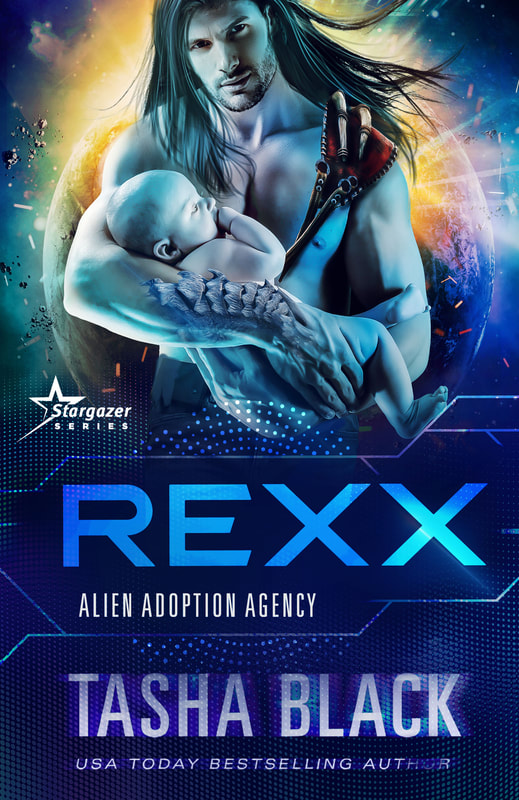 Their sights are trained on love. But will they survive a ride on the Iron Peregrine?

Abigail Shaw can’t believe her good luck. The Alien Adoption Agency has selected her to adopt adorable baby Rio. And baby Rio comes with Rexx, a handsome Invicta warrior guard, whose dark eyes seduce Abigail before he even opens his mouth. When he offers her his mate bond, she thinks things can’t get any better. She’s finally going to have a family of her own. And they’re getting a free ride on the famous Iron Peregrine express train to their new home.

Rexx is a proud dragon warrior of the Invicta, who has spent so many years laser focused on his military career that he’s forgotten how to live in the outside world. But when he meets kind-hearted Abigail, his dragon goes wild. It takes everything he has to restrain himself from claiming her instantly.

Together, they’re ready to take on the frontier moon of Lachesis. But there’s something happening on the cross-moon train they’re taking to get home. They’ve barely boarded the Iron Peregrine when they’re faced with a mysterious locked car, a criminally dangerous passenger, unexplained noises in the night, and a missing person. And then things get really bad…

Will Abigail and Rexx find a way to make it home safely with baby Rio? And if Rexx does what has to be done, will Abigail still want to be his mate? Or will that train have left the station?

Want to read the rest of the series?