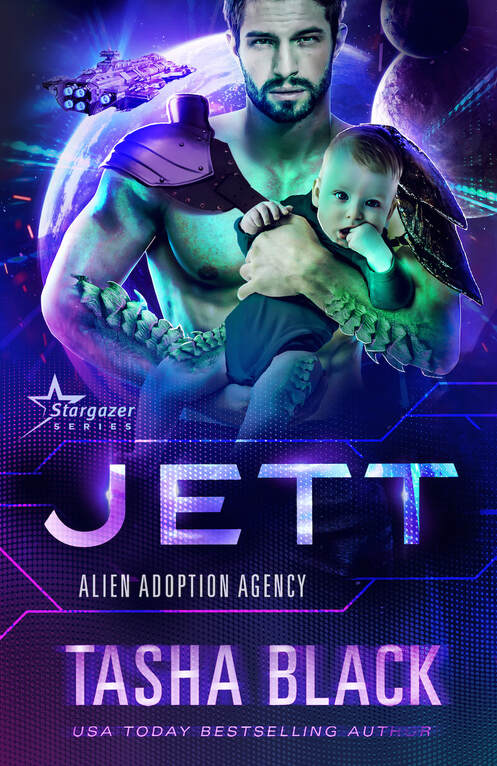 She thinks he’s annoyingly cocky. He thinks she’s a nun.

Madeline Atwater hasn’t been given a lot of choices in her life. When her twin sister unexpectedly dies, Madeline takes the opportunity to honor her memory and change the dangerous trajectory of her own life. Assuming her sister’s identity, she sets off to a treacherous frontier moon to raise her newly-adopted son and start a fresh life for herself. There’s only one problem – her sister was a devout servant of the church, so the faithless Madeline needs to pass herself off as one of the faithful, or risk losing everything if her true identity is discovered. She’s just beginning to think she can pull it off, when a gorgeous dragon-warrior shows up, igniting feelings in her that are too strong to ignore and threatening to bring her whole charade crashing down around her.

Jett is a proud Invicta warrior, assigned to guard a baby on a remote moon for twenty standard years. It’s the easiest job in the world, until an unwelcome mate bond binds him to the child’s alluring mother within seconds of their meeting. Which wouldn’t be so bad, except that she’s already pledged herself to the church. As desire and sympathy combine to drag his heart closer and closer to Madeline’s, Jett finds himself torn between his need to claim her, and his determination to honor her commitment to her beliefs.

When Madeline is sent on a mission to deliver supplies to another settlement, the two are thrown into very close quarters. As the hazards facing them begin to pile up, they finally begin to trust each other, and their true feelings come dangerously close to the surface. Will Madeline find a way to tell the truth before it’s too late? Or will coming clean destroy their chances of finding happiness together as a family?

Need to catch up on the whole series?