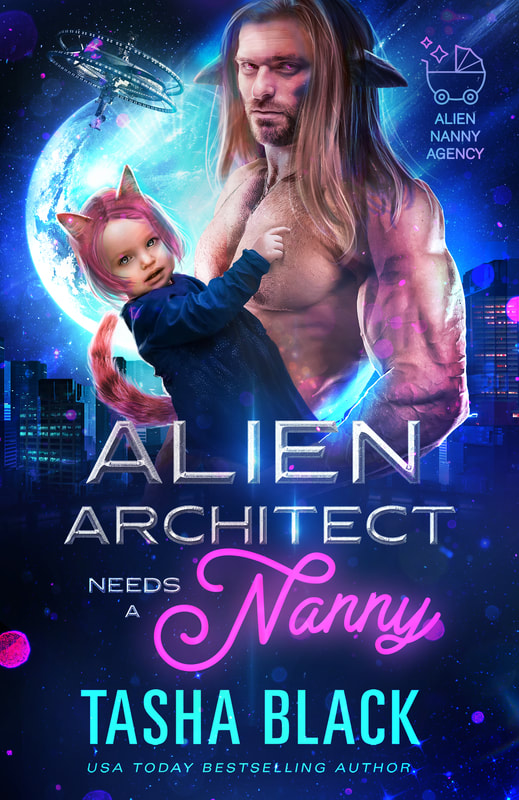 She’s there to watch over his children, but he’ll have to watch out for his heart.

Emelia Robbins works as an admin at the Alien Nanny Agency. She never goes on assignments, but when a desperate client puts out a last-minute plea for help, her boss decides to send her out in the field. It’s a one-year nanny contract, and if she fulfills it, she’ll earn a bonus big enough to make her dreams come true. But when she meets the out-of-control kids, she isn’t sure she’ll last a week. And her intimidating new boss might not let her make it through a single night. Mr. Drayven may be a well-respected architect, but his deep voice makes her tremble and his big body leaves her weak with unrequited lust.

Ra’as Drayven is working on the biggest project of his career. He needs a nanny who won’t head for the hills as soon as she meets his energetic daughter and complicated son. When the Alien Nanny Agency agrees to send help, he expects a matronly drill sergeant from the Outer Rings, not the beautiful young Terran who trips out of a rented gadabout and into his home. The last thing he wants is another pretty face using her employment to try and win his broken heart. Especially when her innocent eyes and dangerous curves might give her the power to do just that.