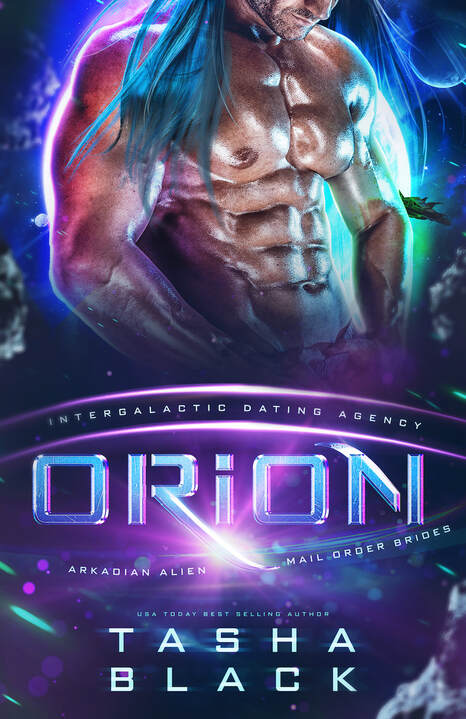 The Arkadian Brides Agency is about to send Hailey to paradise.
​
Hailey always thought she was a member of the noble poor in Arkadia’s underworld. Her family’s farm might be struggling, but as the designated produce runner, she is reminded how lucky she is every time she brings donations to the village children’s home. But when Hailey learns that the family business isn’t what it seems, she knows she has to get away fast. The only option is the unthinkable – sell herself off as a bride to a wealthy man in the overworld to buy her family out of danger.

Orion follows the rules. It’s the only option if he wants to be elected the King’s ambassador. But when a single night of fun in the Outer Rings lands him with an unexpected heir on his doorstep, Orion must take action, and fast. Since the little one’s biological mother can’t be found, he opts to sponsor a bride from the underworld. His daughter will not be made to grow up without a mother figure. And after all, a permanent tie to Arkadia’s working class underworld could gain him essential votes. But he is determined to honor his new bride with his name and fortune, without imposing himself on her romantically.

The unlikely couple might be planning a marriage of convenience, but their shared love of little Opal brings them inexorably closer each day. When Hailey’s past threatens to catch up with her, they will be forced to face their true feelings. Will Orion sacrifice his career for love? Or will Hailey go on the run again before he gets a chance?