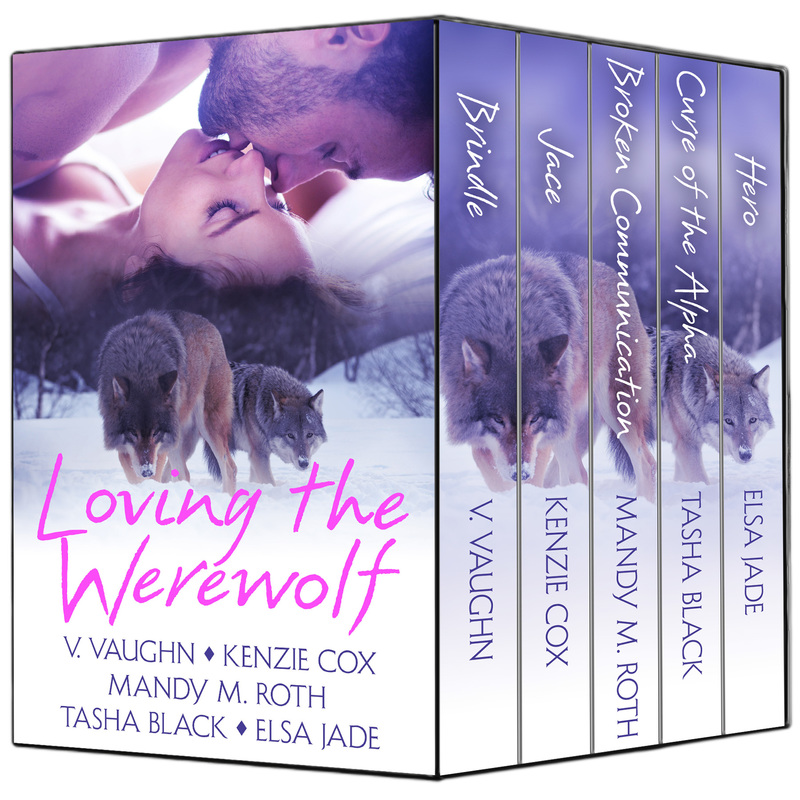 Wild, rough and loyal as hell, these alpha wolf shifters from your favorite New York Times and USA Today bestselling paranormal romance authors will stop at nothing to be one with their mates.

Part of the Immortal Ops World!

Genetically altered into a super soldier who can shift into a wolf, Casey Black should have been the perfect asset—but that wasn’t to be. The scientists who conducted DNA splicing experiments on him put a little too much wolf in his cocktail. When the sassy, headstrong woman who makes his body burn with need vanishes, he realizes it’s not his head, but rather his heart that is broken. And he’ll do whatever is called for to mend it.

Ainsley Connor is determined to turn her back on her shifter past. But when the wolves of Tarker's Hollow call on her to choose the next alpha, Ainsley becomes the object of desire for every eligible wolf in the quiet college town.

As she struggles to come to terms with her true nature, Ainsley is thrust into the center of a steamy web of shifters, ghosts, witches and warlocks, caught up in a life-and-death struggle for control of the pack she tried to abandon.

But for Ainsley Connor, the toughest wolf she must face might just be the one inside herself.

Maddie Joplin left the high desert town of Angels Rest with the searing memory of her one night in the arms of the local golden boy nipping at her heels. Now, years later, she’s back, haunted by a need she can’t outrun and determined to finally set herself free from wishes that can never come true.

Kane Villalobos was always destined to become alpha of the Mesa Diablo pack, but he can’t forget the lush curves and quick mouth of the girl he had to leave behind. Seeing her again arouses his wolf in dangerous ways, and keeping her safe—from himself and the perils of the werewolf world—might mean letting her go forever.

In the wilds of the bayou…

Jace Riveaux has wanted her since the first moment she stepped into his bayou bar three years ago. And now she’s back, unattached, and ready for the taking. One afternoon together, and he knows she’s the one. Only his world is dangerous, he has secrets, and trust is hard to come by...especially when all signs point to her being aligned with his enemy.

Skye Michaels has nothing left to lose. After a bad breakup, she flees to her favorite southern Louisiana town, determined to finally get photographs of the majestic wolves that roam the area. Instead she gets what she really came for—Jace Riveaux. But when the Riveauxs are threatened by someone she knows, suddenly she has more to lose than ever.

Katie Winslow made a life-altering decision the night of senior prom. But once she realized what she had become, Katie wanted nothing to do with her new state. Running off to college seemed like a good idea until mating season hit. Now the fever to reproduce is so great she can’t think straight.

Brindle Lindholm has his true mate locked in forever. If only Katie would come to her senses and accept that they are meant to be together. Mating season has come, and he knows Katie has to be suffering in heat. Brindle is the only one who can satiate the need, and even though his heart will have to stand the rejection that is sure to follow, he knows he must go to her. When their coupling satisfies more than sexual need, it changes their future, forever.